Celebrating the Death of Comcast

We love our movies and our television. After a hard day at work, many Americans like to enjoy some downtime with a good TV show or movie.
September 11, 2014 (subscribe)

We love our movies and our television. After a hard day at work, many Americans like to enjoy some downtime with a good TV show or movie. When technology advanced in the 1980s in the form of video cassette tapes, this gave us a new choice for how and when we consumed media. From this innovation came a natural outgrowth: the video store. Virtually every town in America had one. The stores weren’t glamorous, but we came. We came because we value our ability to choose.

Before long there came the video megastore: Blockbuster. But Blockbuster was a poor steward and betrayed our trust by charging outrageous fees for returning a video late. It hurt, but that was life.

Technology advanced and advanced some more. People felt the pain of Blockbuster and wished for a better way, which came in the form of Netflix. The vision of Netflix was bold: to deliver movies over the internet while delivering DVDs in the mail. People understood and believed. We hated Blockbuster. We wanted a real choice again. Today, one in four households in the United States has a paying Netflix account.

With so many households consuming movies, where is Blockbuster? Dead and gone. After it squandered the opportunity to serve and empower its customers, we turned on it as soon as a true alternative appeared. We killed it and rejoice in having done so. Did we hate going to a video store? No. We hated Blockbuster because they saw us as objects to be exploited. And we’re glad RedBox took their place.

Take a look at some of the most hated companies in America. Who are they? They’re monopolies or cartels in their own right and can be found in several business sectors:

However, within these categories you will find some of the best-loved companies too. These are the ones which don’t follow their respective industries. Instead, they champion the voice of their customers. They are companies like Southwest Airlines and the new T-Mobile. They represent and empower us, and we love them for it.

When Comcast came to my area in 2003, I jumped ship from Qwest as fast as I could. Without question, Qwest (now CenturyLink) is the worst possible internet provider. Yet Comcast is only marginally better. The only real advantage they offer is speed, and now even that is in peril.

The very moment a federal judge struck down a weak FCC rule on net neutrality, virtually all major internet providers started to openly throttle Netflix and other high-bandwidth traffic. These carriers are clearly seeking their own interests instead of looking out for their customers. Netflix has detailed these happenings in a recent blog post. The results are as startling as they are disturbing.

As a consumer, I pay for a connection speed on the network. The traffic I route over the network shouldn’t matter. A packet is a packet is a packet. When the carriers take an interest in and start to throttle or block certain kinds of packets to/from certain networks (Netflix, YouTube, Hulu, BitTorrent, CrashPlan, etc.) then I am not receiving the value that I paid for. I have been constrained, and the terms of my agreement with them have been violated.

Sadly, in the United States most consumers live with only one or two viable choices for internet connectivity. While other choices may exist, they aren’t viable because of reliability, performance, or other issues. What this means is that we really don’t have a choice—yet. But technology continues to advance.

In the very near future, Comcast cannot be the master. This outcome is inevitable. Technology will deliver a choice. While legislation might force their hand, it’s likely our choice will come through advances in fiber, cellular, satellite, or even power grid–delivered connectivity. In the face of a filtered, tiered, and blocked internet, the market will scream for open and unrestricted access.

Even now, cities around the country are begging Google Fiber to come. When they come, residents are quick to adopt and embrace their new-found freedom and are gushing with love for Google as their new partner and advocate. All the advertising money in the world cannot buy this kind of loyalty.

Comcast may argue that the financial costs and strain on its network from net neutrality are too great. But that cost pales in comparison to the real cost of their complacency: obsolescence, irrelevance, and collapse.

Like Blockbuster, Comcast has proven themselves to be a poor steward of our trust. If Comcast will not learn to become our partner and advocate, it will burn in the fire of obsolescence. And when it burns, we the consumers we will dance in the streets to celebrate its demise. 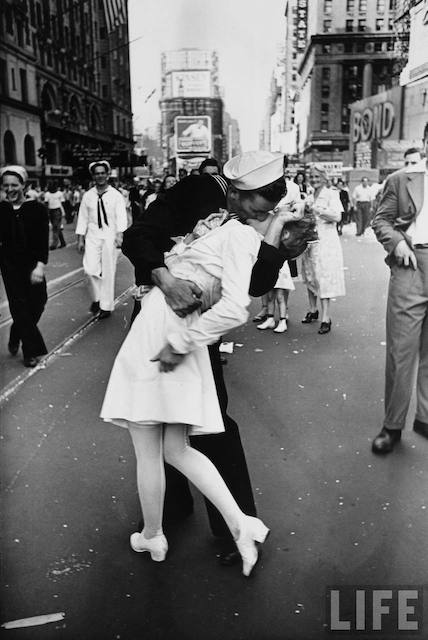