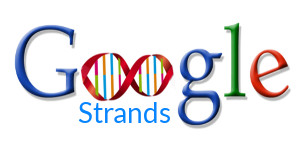 Must Have Address to Play

Every month, tens of billions of apps are downloaded from the Google Play store. Users of those apps have historically had limited contact with the app developers for asking questions or lodging a complaint. And getting a response from some developers has proved to be a very difficult experience.

Google briefly considered requiring app developers to provide their physical address or have their app removed from Google’s play store. Providing a physical address where customer questions or complaints can be handled would work well for developers that have a separate business address.

However, many Google Play app developers are work-from-home freelancers who feel uncomfortable with giving out their home addresses to a company that already has most of their identifying data. Additionally, Google was concerned that developers might enter a fake address. The fake-address issue could easily be solved by using simple address verification services like those provided by SmartyStreets. However, never one to use a simple solution, Google has decided jump into the Big Brother arena with their latest project, Google Strands: a DNA-based developer identification system.

With Google Strands, app developers can fill out a simple request in Google Play and have the Strands kit sent to them free of charge. Within 2 days, a DIY cheek-swab kit will arrive at the developer’s preferred address.

(This post is intended to be a satirical commentary on Google Play’s address requirement.)